Python Top Programming Language, But SQL Gets You Noticed

The IEEE Spectrum has released its ninth annual ranking of top programming languages, and Python tops the list. The study also found that employers are increasingly looking for SQL expertise, as well. The ranking is compiled using nine metrics based on information derived from a variety of sources.

While Python topped the list, the variants of C (C, C++, and C#) aggregated would outrank Python “by some margin,” according to the study. Other languages that remain popular include Java and Javascript. SQL alone fell somewhere between the two.

Numerous other studies find the same languages are in high demand. They may be ranked differently, but the mix of Python, Java, all the flavors of C, and more are in the top four or five. For example, DevJobsScanner analyzed more than seven million developer job listings over an eight-month period. It found the top programming languages in demand to be Javascript, Python, Java, and C#, followed by PHP, C/C++, Ruby, and Go.

See also: Why Python is Essential for Data Analysis

SQL as a plus one

In the IEEE Spectrum study, SQL stood out for its rising popularity. Interestingly, the report noted that employers were not necessarily looking for just SQL coders. While many listings would be for C++ developers or Java experts, the same was not true for SQL. Instead, many employers were looking for programming skills plus SQL experience.

That should not be a surprise in the age of cloud. Modern apps are now composites that bring together numerous elements. Many services and application elements are exposed as microservices or accessible via APIs. Businesses end up with front ends, back ends, cloud and on-premises databases, and more, making up most applications.

In such a scenario, the dominant database technology is still SQL-based. Hence, the need for expertise in SQL. Industry experts have noted: “It’s more or less acknowledged that SQL will remain a cornerstone of DBMS for the foreseeable future. Even newer machine learning-based offerings, such as MindDB’s ML framework and AWS Redshift ML, have incorporated SQL as the default querying language.”

See also: What GitOps Means for the Cloud

Why Python remains so popular

Python has many benefits for the real-time and data analytics market. One common strength frequently cited is Python’s ecosystem for analytics, AI, and ML. As we’ve written about in the past, “the Python library provides base-level items, so developers do not have to write code from scratch every time.”

Machine learning requires continuous data processing, and Python libraries allow businesses to access, process, and transform data. It offers some of the most extensive libraries available for AI and ML, including:

Studies that try to rank the top programming languages are obviously slanted based on the business objectives and the platforms a business already uses. Many “lower” ranking languages like R, Golang, or others might not be a good match for one survey audience. But they might be ideal for data scientists, data engineers, and data analytics experts.

What’s your top programming language? Drop me a note at [email protected] and let us know your favorite language and why it is so important to your work. 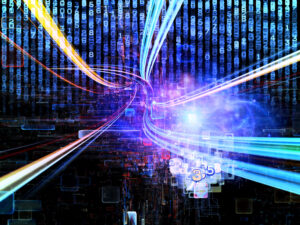 Moving to the Cloud for Better Data Analytics and Business Insights

The benefits of moving data analytics to the cloud can disappear if businesses don’t have the necessary expertise to manage the cloud’s complexities. Here are some best practices to consider to avoid challenges and maximize ROI. 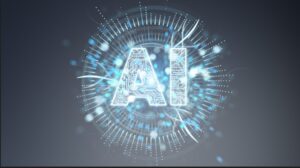 Cloud service providers will form a large chunk of the expected AI infrastructure market as they try to deliver more innovative services to meet customer needs. 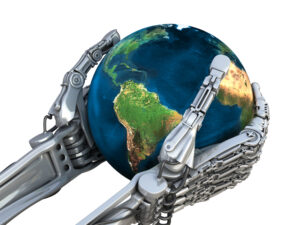